The Virtue of Virtual Parenting

Individual project.
I was the designer, the VR prototyper, and the programmer

A Speculation of Chinese Future Parenting

The Virtue of Virtual Parenting adapts web VR technology to speculate a dystopian Chinese future where parenting is only conducted virtually. Engaging the audience from the first person point of view of Tingting, a girl who lives alone in the house specifically designed for children to be self-sufficient, this project aims to create an intimate storytelling experience.

This speculative design proposal intents to target the wide public, not only the individuals that are or have been influenced by family separation, but also the ones that can make influences on this matter, such as policy makers, business employers, social entrepreneurs, educators.

Why This Is Urgent

The separation has caused the general unhappiness of Chinese residents, especially for children. The absence of parenthood has led to various problems of a large portion of Chinese left-behind-children as they grow up, including learning disabilities, suicidal tendency, indifference towards social relationships, addiction of unhealthy habits, among others (Li, 2016). The tolerance of the public on this social issue also contributes to the normalization of this condition. 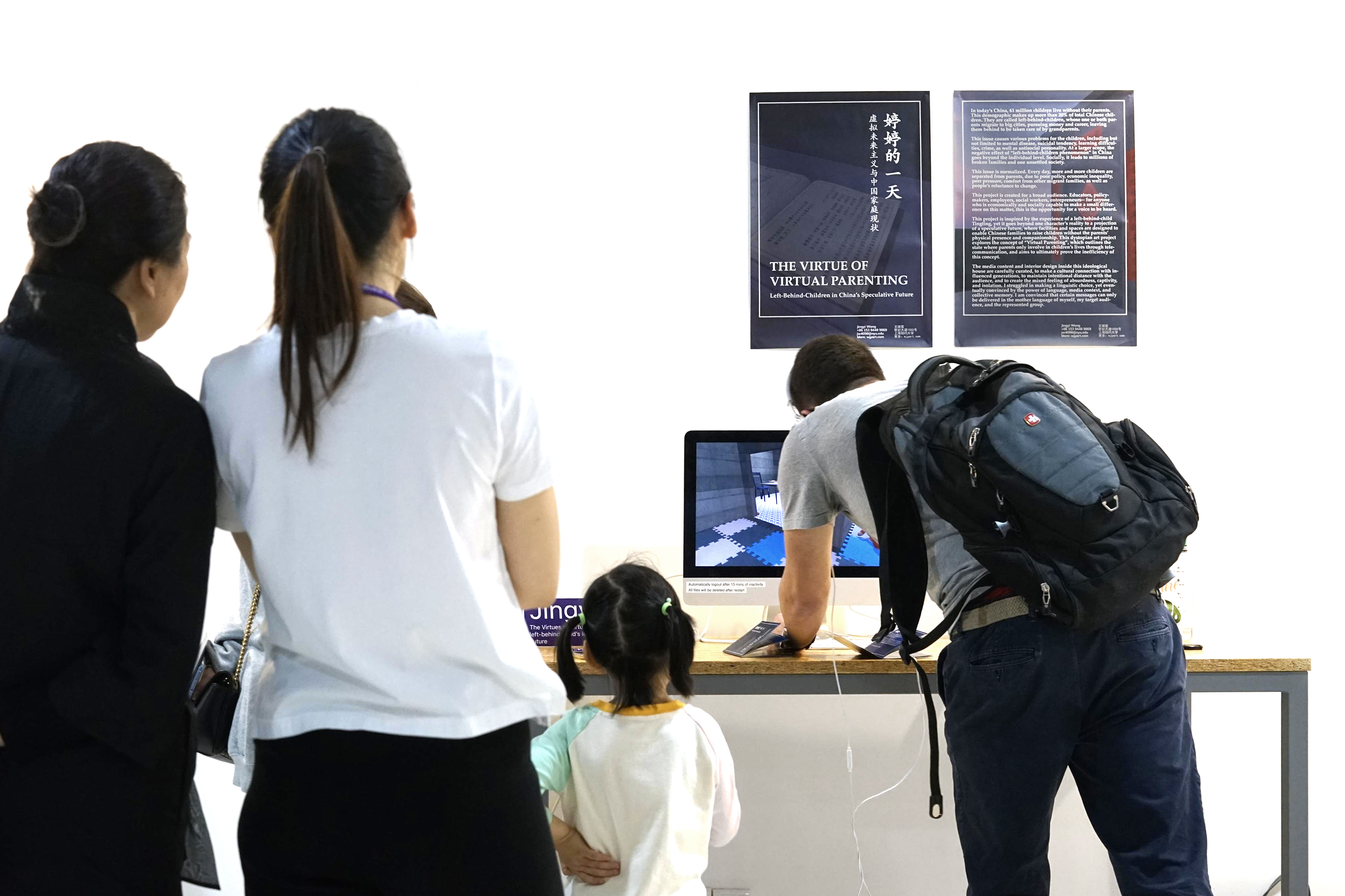 This project was exhibited at Interactive Media Arts End of Year Show.

The House For Virtual Parenting

Designed for children to be self-sufficient, the house is essentially a collection of rooms that covers multiple aspects of problems that a child might face as they grow up. Each room serves a different purpose, including education, nutrition, play, rests, connecting with the world, as well as bonding with parents. 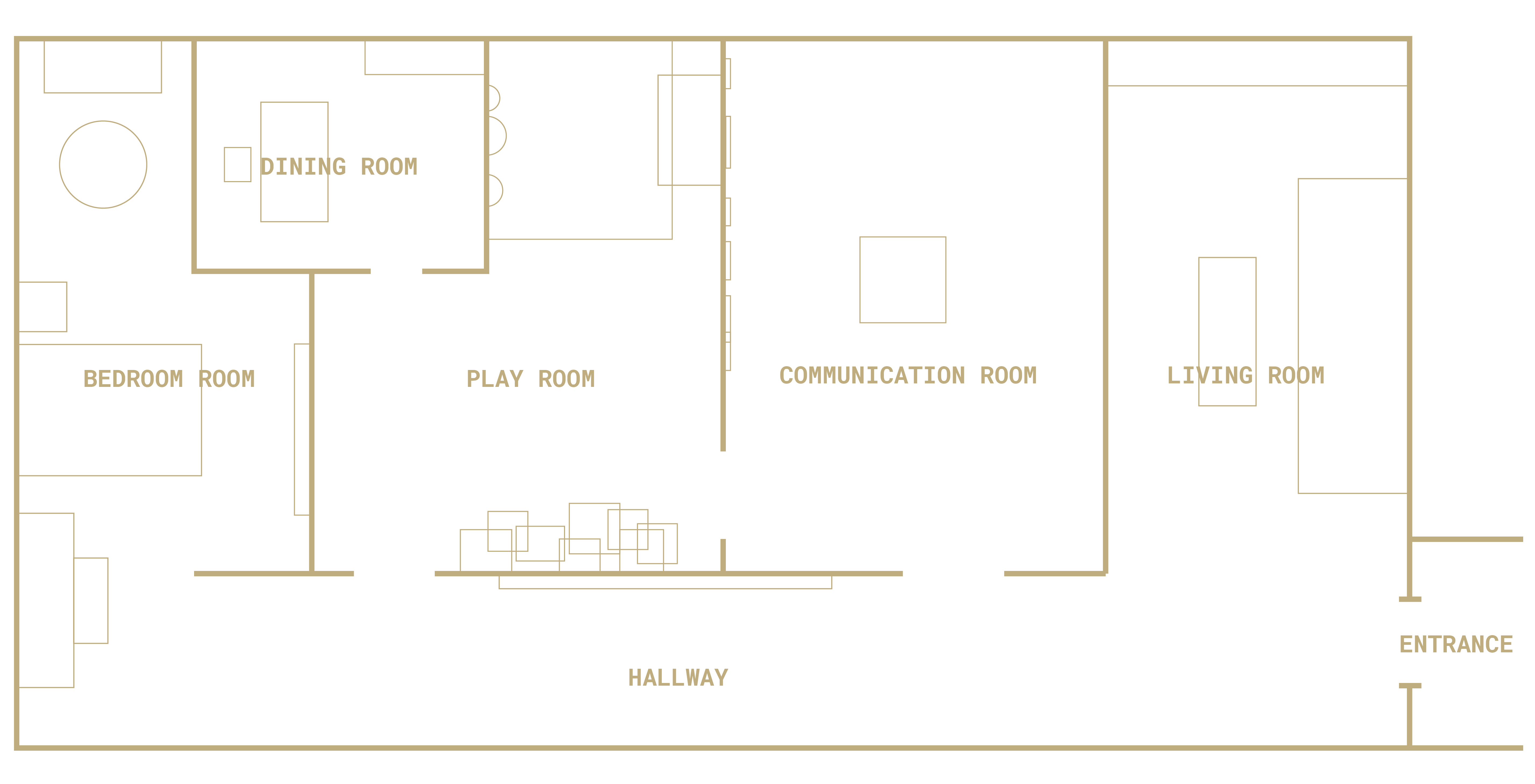 Located at the entrance of the apartment, the living room functions as the “welcome” section for the children. Here the children watch daily news report Xinwen Lianbo, the China Central Television network’s official news report of the country. It is a daily ritual performed many years by millions of children.

Plants are designed to be taken care of by the children with the intention of practicing the children’s sense of responsibility. This activity shadows many things we have done during our educational practice. Growing small plants or keeping insects alive - as an approach of scientific practice and a way to learn to be a responsible human. 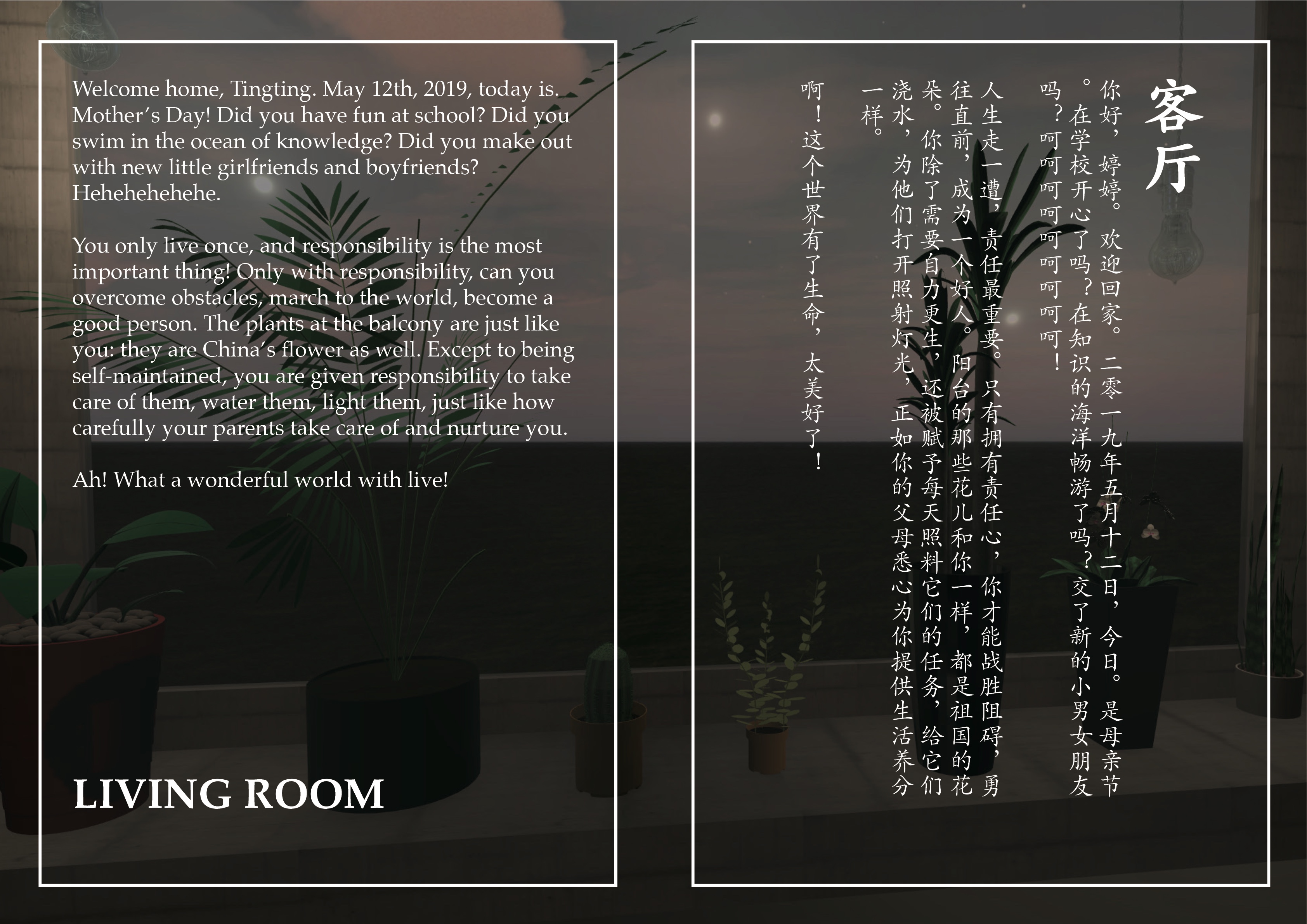 The Communication Room is where the children receive messages from their parents in the format of telephone messages like the old times. However, no methods are provided for the children to return the call. The communication is one-way and instructional.

On the wall are the pictures of the past and existing family members. They work as reminders/memoirs for the children to recognize, study and memorize their ancestors and family history. The family heritage has always played an important role in Chinese domestic education. 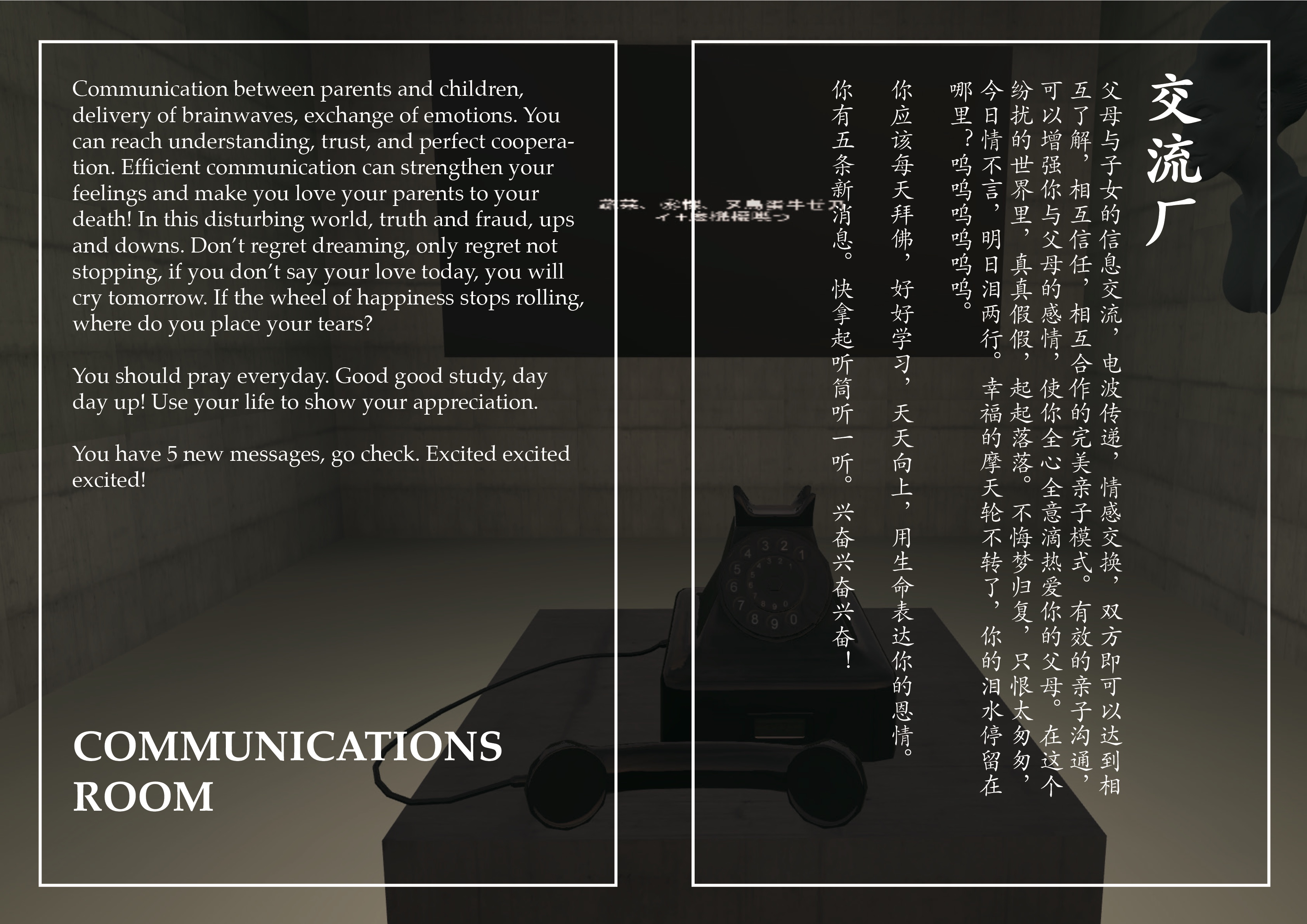 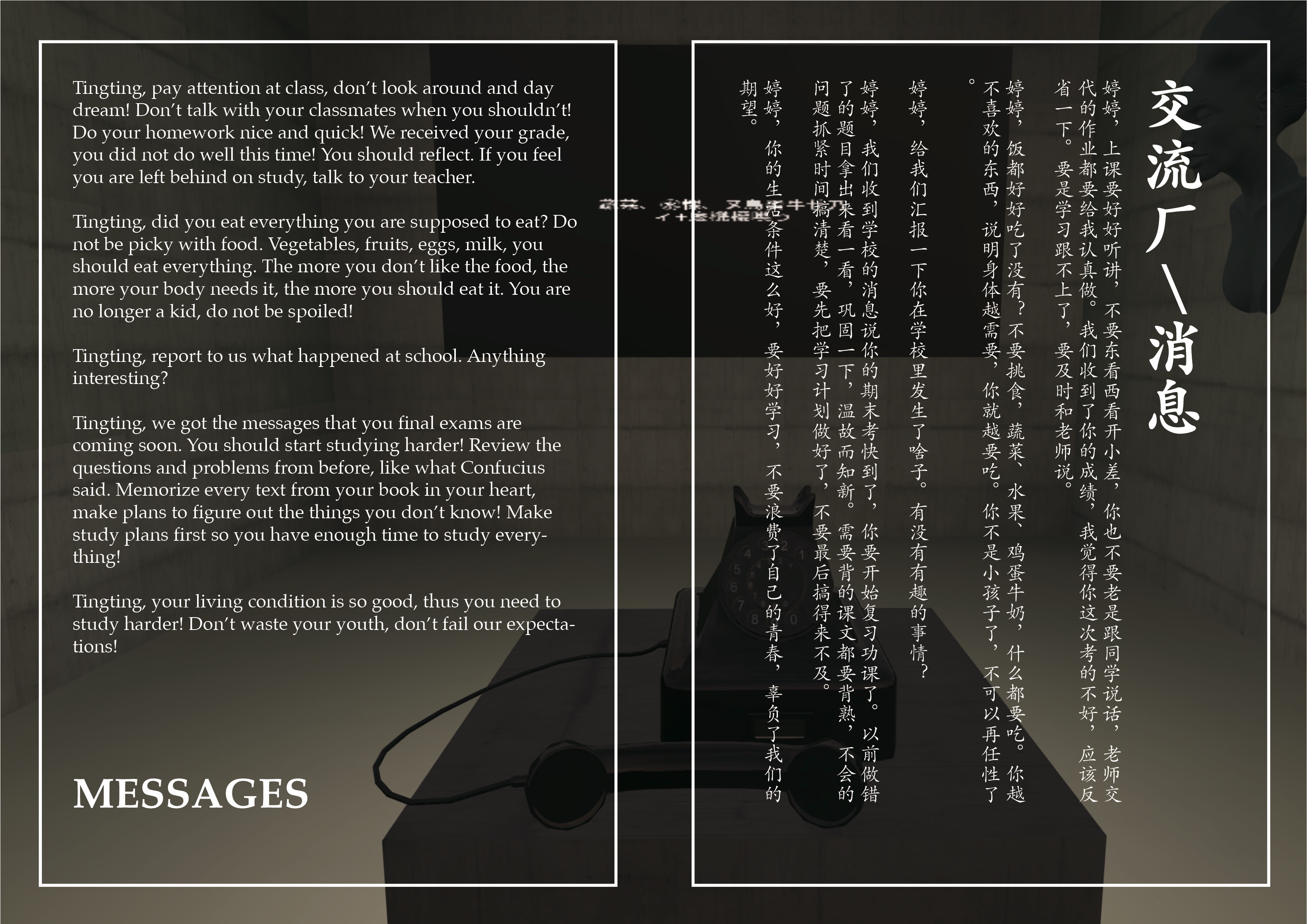 The purpose of this room is for children to create and experience a chaotic mess. Following the modern educational pedagogy, the system encourages (and forces) children to play, to experiment, to be exposed to different TV programs and content, to solve creative and scientific issues, as a conquer of their intellectual barrier.

The TV shows are carefully programmed to best serve the purpose of entertainment education in the majority perspective in modern China. The contents promote intimate family relationships, patriotism for the country, Daoism core values of balance, appreciation for nature, as well as curiosity for science. As a Gen Z, I watched these growing up. These contents are considered as” appropriate” for children 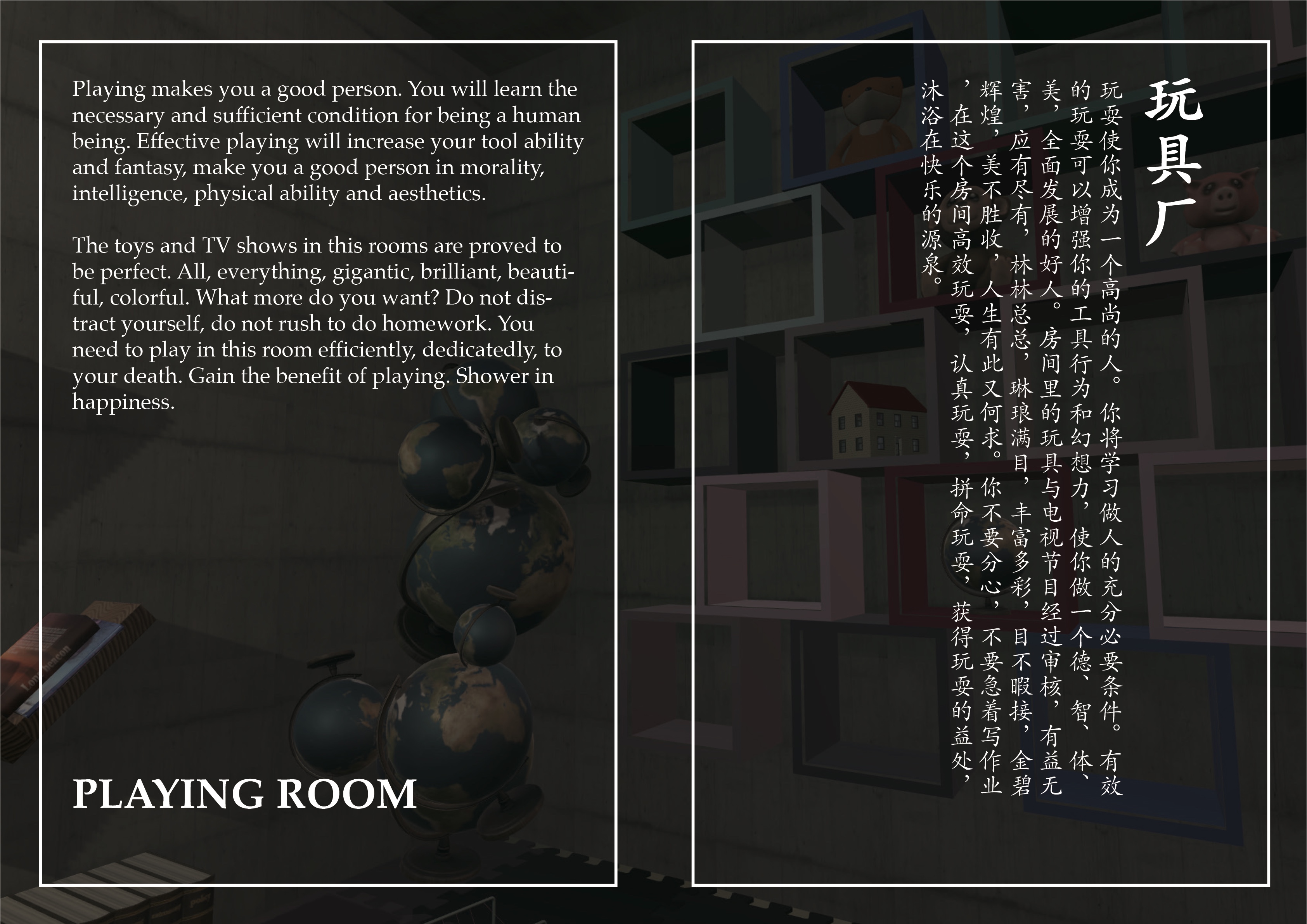 A bedroom is also a study room. Daily tasks include to read and memorize the ancient Chinese core values. Read out loud a thousand times until you can memorize them. The children are not asked to fully understand the text. Being able to memorize reaches the goal of this practice. 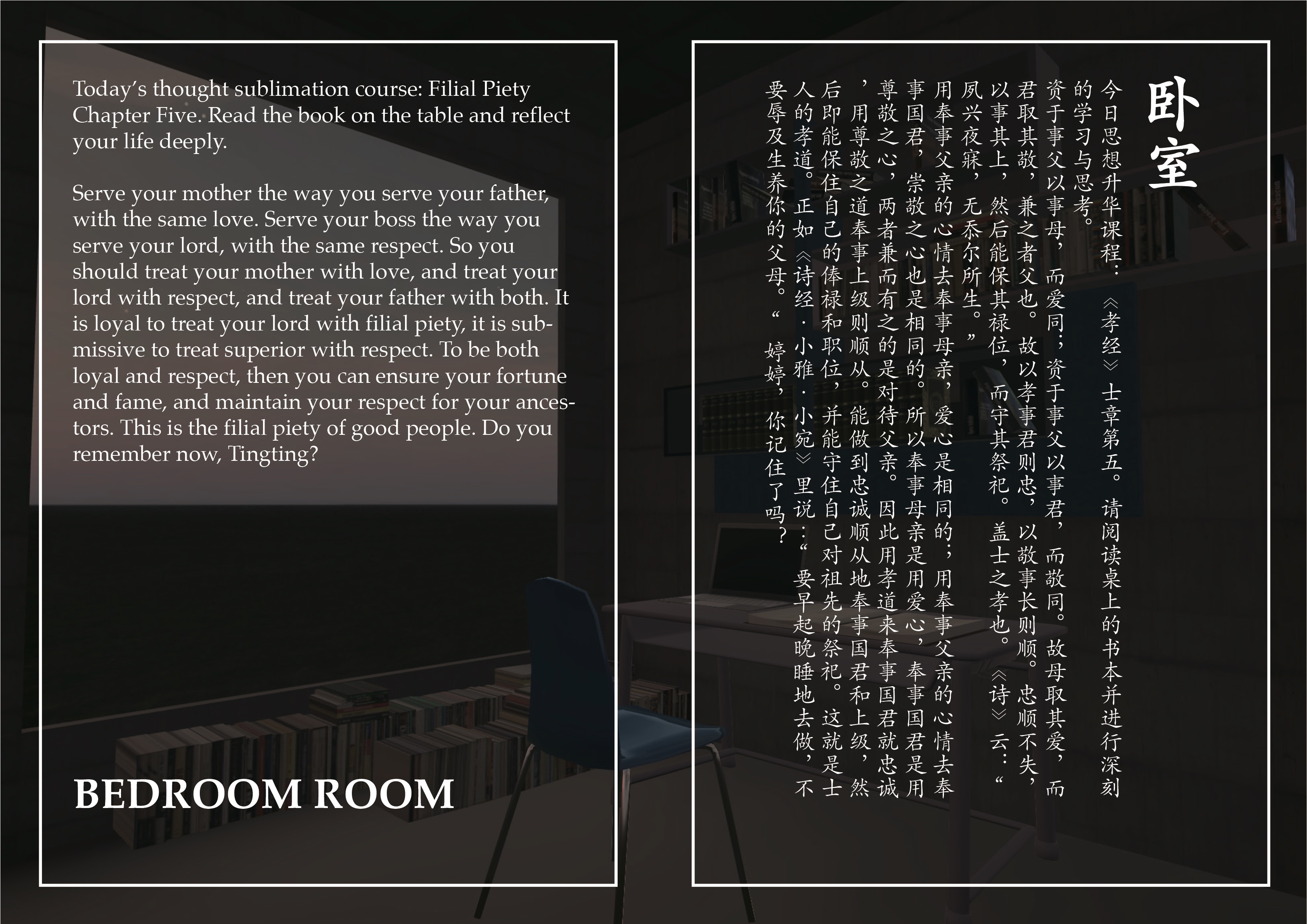 Each meal is pre-decided by the parents. The children don’t have choice over what is being served to them. While eating, they are being educated on the benefits of the meal, from nutritional value to cultural significance. 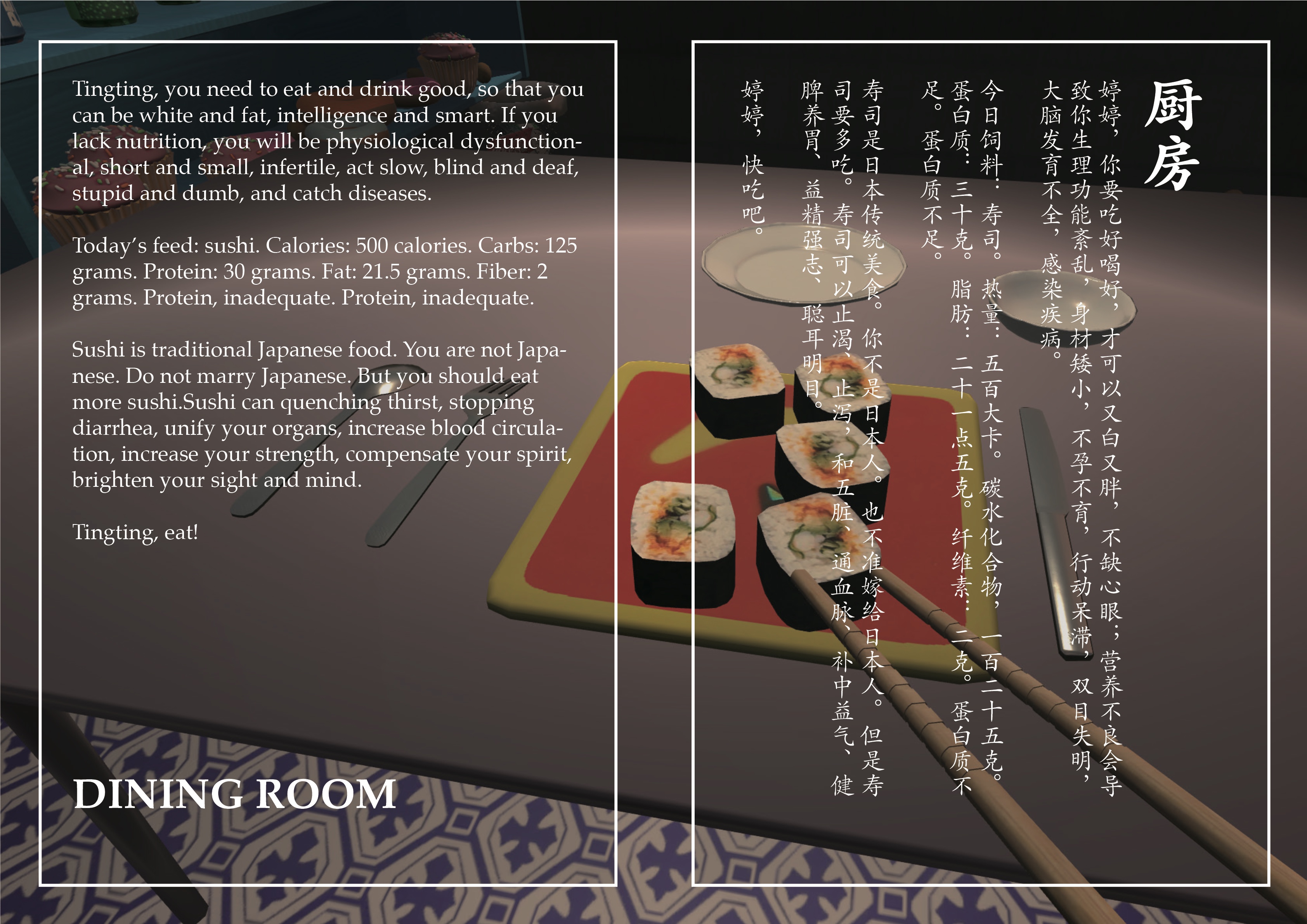 The Virtue of Virtual Parenting was exhibited at the Interactive Media Arts End of Year Show where the project was experienced and well perceived by a wide range of audience, including entrepreneurs, tech specialists, educators, parents, children, media artists, students.